At the 2015 Apimondia International Apiculture Congress in Daejon, Korea, the Bee Informed Partnership (BIP) took home the silver prize in the category for the Best Website on a Beekeeping Topic.  This meeting of researchers and beekeepers from diverse backgrounds and from around the globe was the 44th meeting of Apimondia under the theme “Bees, Connecting the World!”  Apimondia is an organization that promotes scientific, social, ecological and economic apicultural development throughout the world through the cooperation of beekeeping associations, scientific organizations and individuals throughout the world.

Scientists, representing many countries from around the world, came to present their research projects, prominently displaying the diverse branches of apiculture scientific research.  At this year’s meeting, seven thematic scientific themes were discussed over a five day period on honey bee and pollinator research topics.  The seven themes of apiculture research that were discussed were beekeeping economy, bee biology, bee health, pollination and bee flora, beekeeping technology and quality, apitherapy, and beekeeping for rural development.

Those of us on the BIP team are very proud of the award given to our website. Improvements have been made or contributed by almost every team member.  This website has evolved over the years and now functions as the main portal for the public and beekeepers to use, view and comment on our ongoing research. We are excited that it was recognized globally as a leader in serving to educate and promote reducing colony losses by using best management practices available to beekeepers in the US. 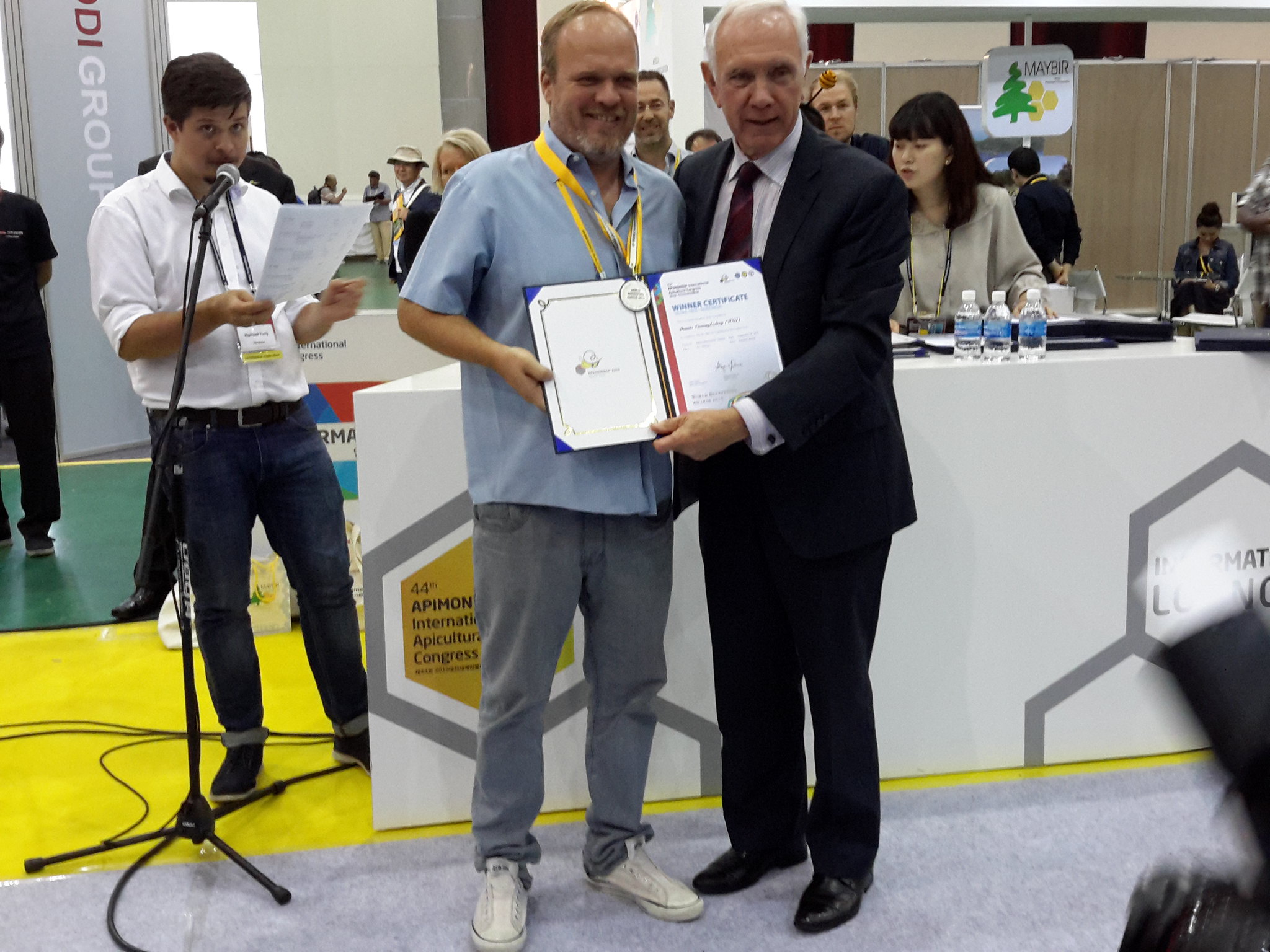 During the conference Dr. Dennis vanEngelsdorp from the University of Maryland and Dr. James Wilkes from Appalachian State University represented BIP and presented topics on some of their research.  Dr. Dennis vanEngelsdorp presented on the topic of “Drivers of pollinator health in the United States.”  After having reported higher summer losses than winter losses for the first time in the 2014 – 2015 National Colony Loss Survey and Management Survey, the major causes of colony losses were evaluated and included disease, pesticide exposure and poor nutrition.  While the main focus of the presentation was on honey bees, population changes of non-apis pollinators were also considered.